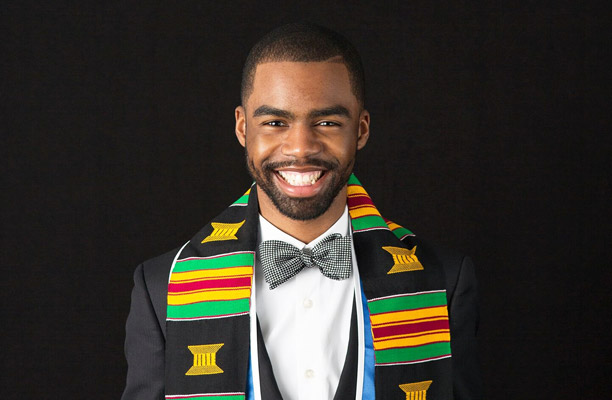 “My life is a true blessing, and I am eager to share what I have been given.”

It was a big day, a day 17-year-old Thomas McRae Jr. had been looking forward to for many years. It was National Adoption Day 2010, and he was in Washington, DC, with the woman who was about to adopt him before a crowd of celebrants.

As he walked up the aisle, toward the judge, with the woman who would become his mother, Thomas had just one thought in his mind.

“I don’t think she’s going to go through with it.”

Thomas had been in foster care for the last six years and had lived in eleven foster homes. Some, he says, were just not a good fit. In others, families could simply not cope with his admittedly challenging behavior.

“It wouldn’t be fair to blame many of my foster parents. I was suffering…from PTSD, from depression. I was struggling a lot, especially in the early placements, and I was acting out,” Thomas said.

Thomas was about to be turned out of yet another foster home and be placed in a group home when he called his mother’s friend and asked if she would consider adopting him. She immediately said “yes” and started taking the training and other steps necessary to become his mother.

Still, Thomas had doubts. He could not believe that after all those years, after so many moves and so much uncertainty, he would have a family forever. But that November afternoon, a judge made it official.

“I cried—I cried tears of joy. That adoption ceremony was the most important moment of my life,” Thomas said.

Since that day nearly six years ago, there have been many other meaningful milestones for Thomas.

In 2013 he spent a summer as an intern with the Congressional Coalition on Adoption Foster Youth Internship Program, helping to raise awareness about child welfare issues among federal policy makers in Washington, DC. He has also volunteered as an advocate and spokesperson with a local youth-serving organization and is an active member of the AdoptUSKids Speakers Bureau. In 2015, he was a speaker at the Children’s Bureau National Adoption Month celebration.

Thomas says that by telling his story he hopes to inspire young people in foster care who may feel helpless or alone and encourage adults to get involved and make a difference in the life of a child or teen.

“I share my story with a lot of adults, and I always say to them: ‘Foster kid is just a title. It doesn’t mean that we are broken or unlovable. Our situation does not define us. We are just like every other kid—we need guidance and we need love.’”

Thomas is eager to do what he can to provide that guidance to future generations of children in foster care. He has a new job working with foster youth at an agency in Philadelphia and was recently accepted into the MSW program of the University of Maryland School of Social Work.

“My life is a true blessing, and I am eager to share what I have been given.”